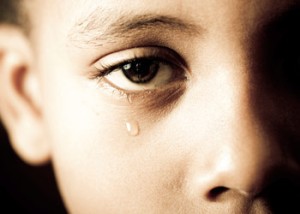 This week, I’ve been reflecting on children and those most vulnerable in our communities. On Sunday I was speaking to a young boy who told me it was his birthday the next day. His shoes and clothes had holes in them. He told me he wanted to jump off a tall building and die because his life was so hard. I later wrote an article for The Guardian about the closure of a charity called Kids Company. The charity worked with vulnerable young people like this boy, but had to close last week, mostly because of funding.

Around 6,000 children who used their services, now have nowhere to go. The life line it provided to so many children has now been taken away and it’s closure is going to be very painful for those left behind. When leading A Way Out, the charity I started in my twenties, I had to make the difficult decision to close services. We provided drop in centres, youth clubs, creative programmes, counselling, therapies, meals and mentoring. We worked with women and young people, many of whom had been through some kind of abuse, neglect or trauma. The damage they’d suffered didn’t happen overnight. Change didn’t happen overnight either. Addiction was common place, as was self-harm, eating disorders, homelessness, unemployment and family breakdown. We needed to help people rebuild their lives piece by piece. We played a vital role in changing communities and breaking the cycle of addiction, poverty and abuse. Closing any part of this, is terribly hard to do.

There are some amazing community projects and charities all across Teesside and I’m worried some of this work is also at risk. Play projects, young carer support, foodbanks, recovery services, counselling, youth clubs, sports clubs, acting schools, elderly care and so much more are ran by the charity sector. Many of them need more funds than what they have to keep going. Those that have relied on short term government funding are particularly vulnerable, not knowing year to year where their next grant will come from. I want to look at how we protect and support them. Local government are facing huge cuts because of the aggressive deficit cutting programme being imposed by central government. As their money gets less and less, the amount of money that can be given to the voluntary sector also gets less. This worries me. These services are too precious and too important to cut or cut back on.

We sadly need charities more than ever as life gets harder for the most vulnerable. There are too many people, like the boy I met on Sunday who are really struggling. Across Teesside we need to use our voices, finance and time to ensure the services that help them, continue. We must also put political pressure on those making decisions to think twice about the level of cuts needed and where they are being made. Just because children can’t vote, it shouldn’t mean they don’t have a voice. Let’s stand with them and say “no more”.We must stand up to government and make it clear, if we can’t trust them with our children, we can’t trust them on anything.

Levelling up??? It’s an utter travesty what is happening up here.
Sunrise surf this morning. Great way to start the day. #sunrisesurf #saltburn #teesside #beach #sunrise
March was a good month!
In Northern Ireland, leading a conversation about voice, inclusion and democracy.
Electric down at Riverside today.
Lovely to be back in Parliament yesterday, gathering with MP’s and female journalists for their annual drinks event. Inspiring to hear stories of women breaking the mould, and making a way for others. (Also fun to hear all the behind the scenes gossip from over the years)